The biggest digital marketing disasters of 2016 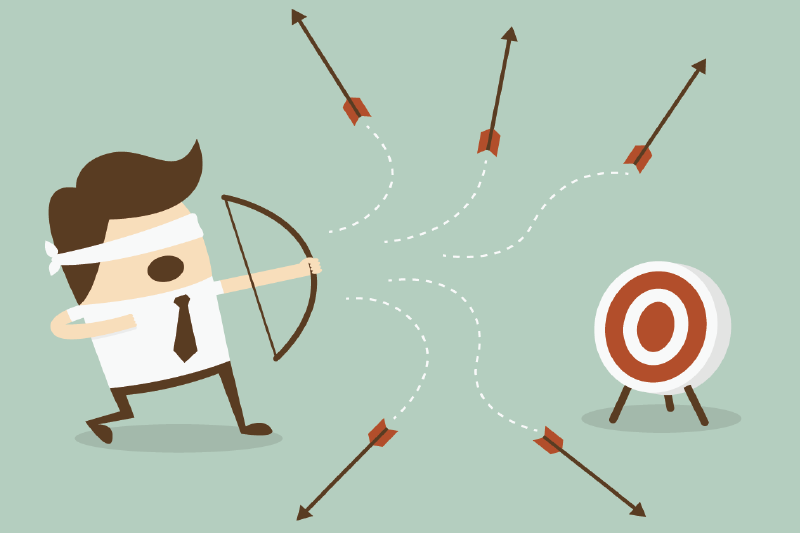 Nowadays there is a better understanding of how online marketing strategies should work, from knowing how to identify the right email marketing software or choosing the best landing page generator platforms that can be adapted to all devices.

However, mistakes are frequently made and if they aren’t dealt with swiftly and effectively they can create a lot of unwanted problems for the brand. Here are a few of the great digital marketing tragedies that happened in 2016 and the reasons why:

2016 has been a complicated year for relations between the United States and Mexico with the winner of the presidential elections promising to deport illegal immigrants as well as building a wall along the border of both countries.

This situation has caused anger among millions of Mexicans living in the United States as well as those in Mexico. That anger was then aggravated further by a provocative Twitter message, which was also one of the most successful in Hispanic Internet history, posted by Hawkers.

The community manager of the Sunglasses Company attempted to make a joke when he tweeted the following message: “Mexicans, put on these glasses so they can’t see your crying eyes tomorrow when building the wall,” but it didn’t go down well.

The mistake could have happened to anyone, like it often does to so many when trying to play on humour and irony. But what compounded the problem was when Sergio Perez the F1 driver and spokesperson for the company ditched the brand in disgust at the offensive tweet. What was worse still was that Sergio was the face of Hawkers in Mexico.

There was a quick response by the directors of Hawker tweeting: “We have made a serious mistake. Today CM stands for Maximum Crap. It won’t happen again#losentimosdecorazon

The financial losses to the company that this tweet produced haven´t been published but the matter became so public that Hawkers had to step in and apologise.

Normally the standard thing to do in this situation is to say sorry and delete the offending message, but Hawkers opted for a more personal approach. One of those responsible for the tweet, David Moreno recorded a solemn video of himself apologising. According to Moreno he posted the message without consulting the press officer so that’s why the response was more personal.

Despite the apology, the brand lost one of their main spokespersons in Sergio Perez and also suffered a set back in a country where they were trying to internationalize their brand. So, what can we learn from this digital marketing tragedy: You have to be very careful when you use humour.

2.- Total Beauty: Is that Oprah Winfrey or Whoopi Goldberg? 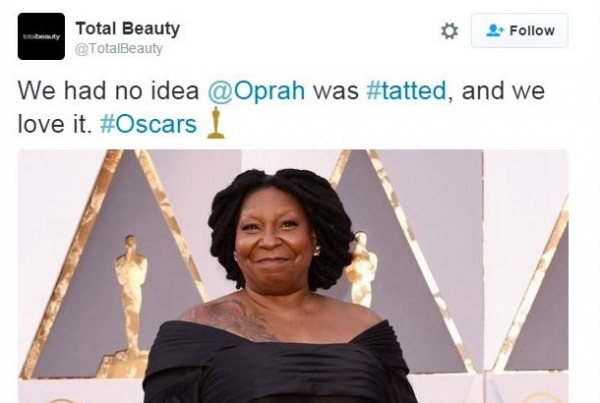 The red carpet at the Oscars is a busy affair with numerous celebrities passing along it and on occasions its normal to mistake a few famous faces along the way. If you make the error from the comfort of your living room its no big deal, but if you are a big brand and you make the mistake publicly it could be worrisome.

Total Beauty committed one of the most unfortunate errors of the year, which became one of the most tweeted by confusing the TV presenter and occasional actress Oprah Winfrey with the Oscar-winning actress Whoopi Goldberg.

They said, “ We had no idea Oprah was tatted and we love it”. At any other time this kind of mistake would probably have been put down as anecdotal. However, this edition of the Oscars had already been marred by a boycott of black actors, directors and filmmakers who were critical about the lack of black representation among the nominees, and as it happened Whoopi Goldberg, the star of “Sister Act” was one of the few black artists that actually came to the event and Oprah had decided to boycott it.

It exploded on twitter and quickly went viral, not surprisingly it became the talk of the Oscars. Confusing two of the most important personalities in the United States was never going to remain just a simple mistake in this day and age and so it enters the list of biggest marketing disasters of 2016.

3.- Snowz: A pill to whiten your skin

Everything related to this Seoul Secret ad has been a digital marketing disaster in 2016. The advertising campaign for the brand Snowz, which invited people to take pills in order to whiten their skin, caused a wave of indignation worldwide.

It is a product that has a select audience; mainly in Southeast Asian countries where having whiter skin is seen as a sign of better status or higher social class.

This kind of product would have immediately been withdrawn in the West, where it would have been considered in bad taste or offensive. Groups and associations against racism were up in arms about it. The collective uproar that it generated is the only reason that we are hearing about it.

4.- United States Department of Justice: Too involved in the Presidential elections 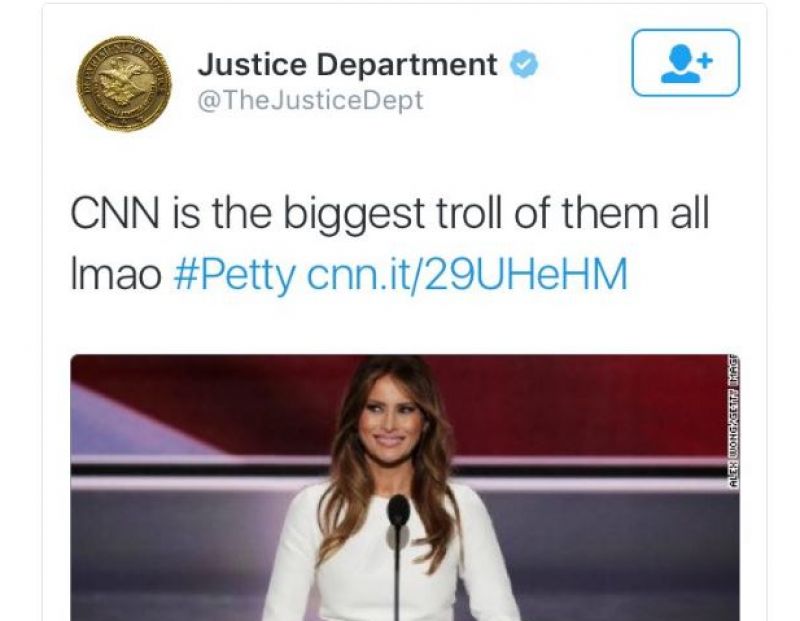 It was impossible for anyone to ignore The United States elections this year, which Google recently announced had been one of the most searched for topics in the world in 2016, and during the electoral frenzy, the Department of Justice had to deal with a rather strange incident.

One of the most common mistakes made by community managers is that they try to manage multiple accounts from the same device. Done well it shouldn’t really create any problems but if you accidently confuse the accounts and send a message from the wrong one it can have disastrous effects.

During the convention a number of celebrities were interviewed such as actors, musicians, politicians, businessmen, Donald Trumps wife as well as Donald himself.

Everything suggests that the community manager in charge of sending out the communications for the Department of Justice forgot log out from the DOJ account and into his own personal account when he sent the message.

Normally the tweet wouldn’t have been a problem, but the message was directed at one of the main news channels in the United States, CNN: “CNN is the biggest troll of them all”.

A photo of the possible future First Lady Melania Trump also accompanied this message. This glaring error implied that a United States governmental agency was involved in making personal comments. Obviously the Department of Justice were forced to delete the message and apologize for what had happened.

5.- MTV Australia and the American English 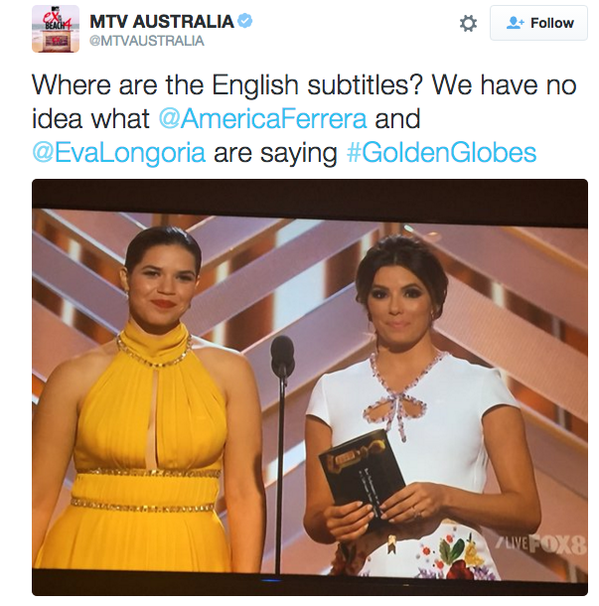 Another example of what could have been a marketing disaster of 2016 is this comment from MTV Australia. Again, pushing the boundaries of acceptable humour to the limit, which causes the problem.

The twitter account of MTV Australia made an unfortunate slip up when they tried to make a joke but it was done in very poor taste, They posted the following message during the Golden Globes: “Where are the English subtitles? We have no idea what America Ferrera and Eva Longoria are saying”.
The tweet lit up social media and it was pointed out to MTV that the joke was both racist and xenophobic. The same thing happened in the case of Hawkers, social media didn’t take the joke well and instead opted to criticise them while also demanding an apology.

MTV immediately apologized for the incident. However, this example again highlights that brands need to take extra special care with the tone of their messages, what may be considered acceptable in a personal account may not be acceptable in a company´s account.

Could these digital marketing disasters of 2016 have been avoided? Of course! However, you must bear in mind that its almost impossible to guarantee that a situation like this will never happen to a brand mainly because of the vast number of channels out there that connects them to their customers.

In addition the speed at which these crisis´ spread turns them into complete disasters for many brands. Therefore it is important to have a digital crisis management plan that allows the use of Email Marketing and Marketing Automation to send the right message, at the right time and through the right channel.