11 examples of advertising and marketing with subliminal messages 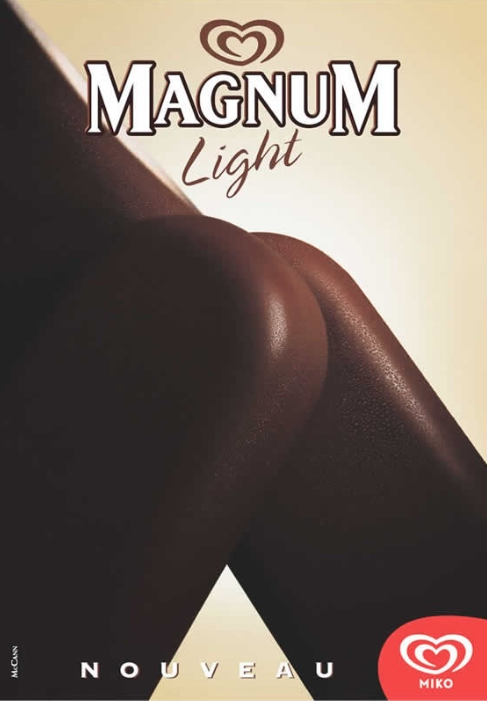 For anyone who had any doubts, yes subliminal messages in marketing do exist and, no they don’t have to be something negative like the name suggests. In fact, it is highly likely that you have come across some form of subliminal message on TV, the Internet or in magazines. Do you know how to detect them? Normally you won’t realize it, but subliminal advertising has a purpose and communicates what it wants.

Marketing with subliminal messages aims to encourage the purchase of the product through subtle effects that are not normally visible to the naked eye. It’s not only the images that are used to get into your head; sounds and other techniques are also used to help the message sink into your subconscious.

Even some well-known logos also contain hidden messages that don´t attract much attention and aren’t easily seen at first glance. They don’t stand out, but they must be there for a reason.

What kind of content is hidden in subliminal messages?

Many of the subliminal messages that have been found up to now are usually related to sex or religion in some way, and although they are not easy to detect when they are, they cause a lot of controversies.

One of the classic examples in marketing with a subliminal message is Disney. And it is suggested by many experts that many of their films contain subliminal messages that incite sex. Like Aladdin for example, in the original film there is a scene where the main character says: “Good teenagers take off your clothes”. Although when this came to light, Disney brushed it off by saying that it was just bad locution on the part of the voice actor. However, the phrase has stuck in peoples minds ever since.

The same thing has happened in scenes from other films. The most famous is from the film The Lion King. There is a moment in the film, when the main character lies down at the edge of a cliff creating a cloud of dust. Do you know what image that cloud of dust created? The word “SEX”.

Its not only Disney that has subliminal messages, so too do the logos of tobacco brands. Another of the mythical examples of subliminal messages selling sex is Joe, the face of the cigarette brand Camel. You remember him, don’t you?

“When advertising is prohibited, make it subliminal”

Over the last years, quite a few laws have been passed that prohibit the advertising of products such as alcohol and tobacco. However, this doesn’t mean that companies have abandoned their marketing strategies altogether, in a smart move, they have chosen a more subtle way: marketing with a subliminal message.

Today we are going to show you 11 examples of advertising and marketing that contain subliminal messages. You may already know a few of them, but there a probably some you have seen a number of times without you even noticing they were there. Which is what they are designed to do:

1. Samsung and the Oscars selfie 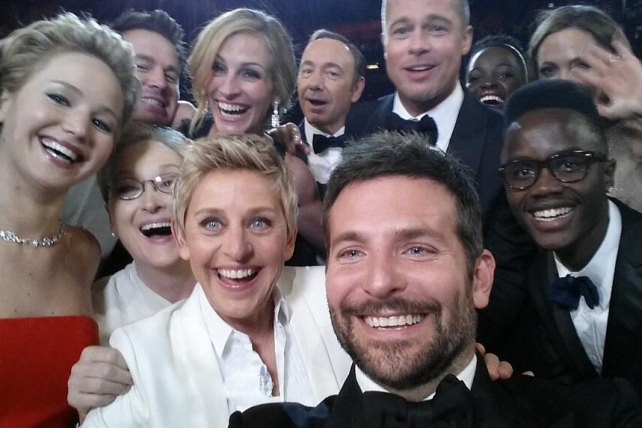 Sometimes a subliminal advert is not a well-worked image or a visual illusion. Sometimes these adverts just happen because a specific product is always there, or in the background, without being evident. This is what is called product placement and it is when certain products or locations are repeatedly shown on TV shows or in films.

Samsung took this one step further, and regardless whether it was all staged, which it seems as though it was, the selfie that Ellen Degeneres took at the Oscars celebration in 2014 was a huge welcome for the brand. They were the global sponsor of these awards but they confirmed that they never planned for the TV presenter to get together some of the most popular faces in Hollywood for a picture.

The photo taken with a Samsung is a great example that shows marketing with a subliminal message done well can be very effective.

One of the biggest controversies ever relating to subliminal messages happened in one of the favourite advertising places for the tobacco and alcohol industry, Formula 1. In fact, next to monthly magazines, this is one of the few places left where they can still advertise.

That’s why Marlboro has been advertising in the world of motor sport for years. However, because of the laws banning the advertising of these products, they have had to innovate and advertise themselves in a more subtle way.

At one point, all of the tobacco brand logos were removed from the cars due to these restrictions. However, Marlboro cleverly got round this ban by creating a more subtle design. They simulated a tobacco packet by painting a bar code on the back of the car.  As you can see in the following image:

3.- Futurama and the Popular Party

This is one of the examples of marketing with subliminal messages where the sound is important. It comes from Futurama, an animated series that has been moving from channel to channel in Spain for a number of years.

In one of the episodes, one of the main characters called Bender hums a well-known song and it wasn´t a coincidence why it happened. In the original version of this episode the character hummed the hymn of the Republican party of the United States.

When they translated the show into Spanish they had to find a suitable substitute related to the political right. In this case it wasn´t the Partido Popular who were the ones who chose to send the message, it was the Republican Party from the original version.

Sometimes brands and their logos can become so familiar that we don’t realize the real significance behind their design. In fact every logo is thought of and designed based on a set of objectives that define the brand and that is how it becomes their hallmark.

In Toblerone´s case, its logo wants to take us to the Alps, the origin of their chocolate. Through the image of the mountain they want to bring you to the Cervino Mountain, the fifth highest peak in the Alps.

But how does the brand do to tell us more about their origin? If you look at the image of the mountain you will see it hidden in a silhouette: A bear. That is the animal that connects Toblerone with Berna, the town of its origin. 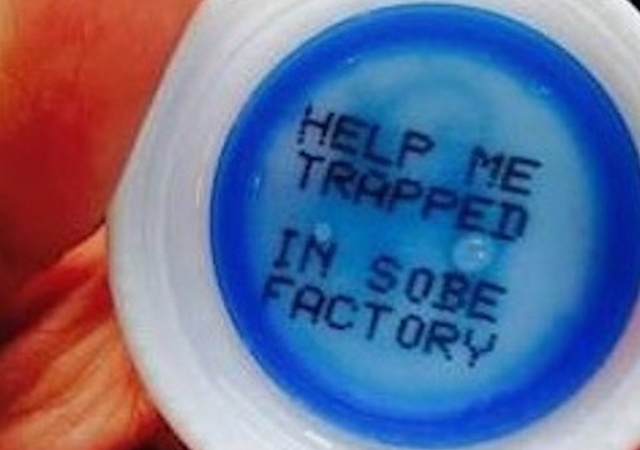 This is an example of marketing with a subliminal message where the brand later admitted their intention. It created panic because a lot of people found a message printed on the inside of their bottle tops saying: “Help me, trapped in sobe factory”

In fact, a lot of people shared it on social networks thinking that they were raising the alarm for a worker who was in danger.

However, it was a subliminal marketing campaign. The intention wasn’t to cause any distress; it was just trying to bring a smile to people’s faces. Unfortunately, it didn’t work in quite the way that they had hoped.

6.- The Simpsons and Futurama 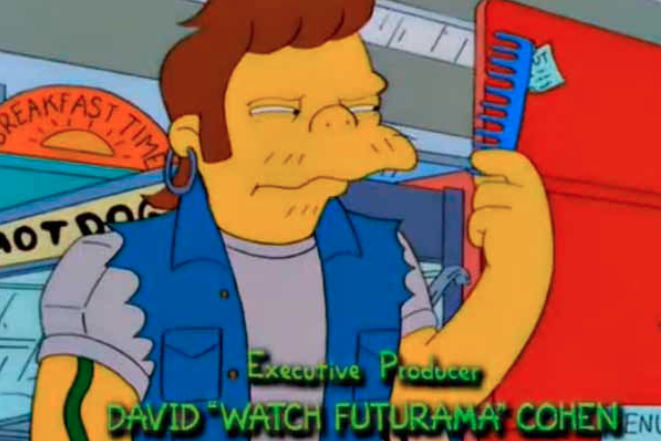 The legendary series the Simpsons is full of hidden messages and references that you probably may not have noticed, like this one.

Before the first ever episode of the series Futurama aired, the creators of the Simpsons gave a subtle shout out to the audience to make sure they would watch the new TV Show. As you can see in the image, during the credits the words “Watch Futurama” were placed between the first name and surname of the executive producer David Cohen. 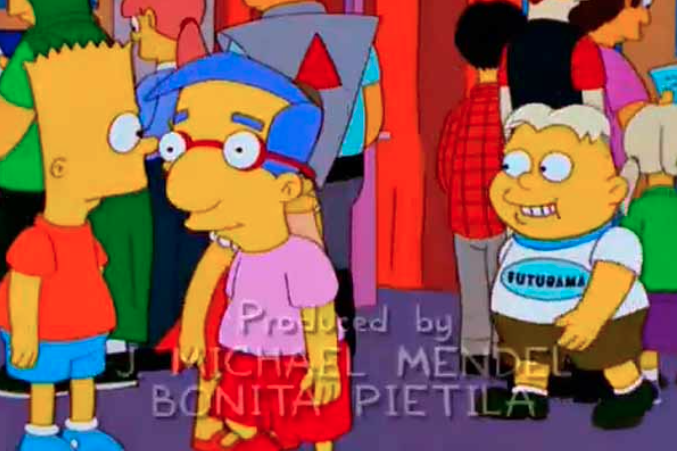 But it wasn’t the only nod that was given to the new series that was about to be launched at the time. As you can see from the image above, in one of the scenes you can clearly see a character wearing a Futurama T-shirt.

Sony Viao´s logo is one that hides a hidden message that can’t be seen that easily. If you look closely, the design of the word “Viao” shows the symbol of analogue and digital that defines the two worlds in which the brand works.

It is a clever use of advertising and subliminal marketing because it is not supposed to be understood or appreciated by everyone so easily.

If you think this is just a simple hamburger advert, then you have to wait until the end. You will see how a lettuce leaf has been changed into a dollar bill.

What was the point of it? The brand itself said that the ticket was put there for a competition in which the first 1000 people who saw it could participate. However, seeing as no contest had been announced this answer seems implausible and hard to believe.

That is why after a few studies, they came to conclusion that the marketing with a subliminal message they used was trying to achieve something else. It was a KFC strategy to try to relate the brand with cheap prices in a subconscious way.

Tostitos is another logo that has a hidden message and is not designed by accident. In fact, even though it contains a subliminal message it is one that can be seen quite easily.

The two “T´s” in the middle of the words look like two people eating a Tostito and dipping it in salsa. With this image the brand is trying to encourage their customers to consume the product.

Can you see two things in the image of Snooty peacock? You are right and that is the purpose of the popular jewellers´ logo.

This image plays with optical illusions, that depending on where your focus is, you will see either one image or another. The typical example of this being the glass that shows two faces.

The logo shows on the one hand a woman with a chain around her neck, and the other a peacock. The illustration is designed to allude to the elegance of the brand in the form of the peacock and also the unique woman who make the jewellery.

Another example of a logo which is based on an optical illusion, is the corporate logo of Spartan Golf club which hides a double message:

As you can see, marketing with subliminal messages is not exclusive to any one specific channel. In fact, subliminal advertising can be used in both emails such as landing pages or on social networks. That´s why, in order to dedicate enough time to the content it is important that you have a digital marketing platform that lets you work with all of the channels from the same tool.

Would you like to learn more about MDirector? The only Cross-channel communication platform on the market that lets you focus on content and add value through marketing with subliminal messages.